JSON Web Token in a nutshell

Quoting the official website, "JSON Web Token is an open, industry-standard method for representing claims securely between two parties". Which means, a server can determine whether information (in JSON format) sent by the client has not been modified and has effectively been issued by said server.

What does a token include?

A JSON Web Token is composed of three parts:

Were the hashing algorithm to be SHA256, the signature would be created as such:

At the end, all three parts are just being concatenated, separated by a ".":

Take a moment to head over to jwt.io and paste the token in there. You'll see all the information that it contains (except the signature)

How does a JWT token work?

It is important to notice that JWT is not meant to exchange encrypted data. It should never contain sensible information such as passwords. The key in JWT lays in the verification of tokens. When you try to verify a token which has been tampered with (maybe a user ID has been swapped), the token will be rejected.

Why? Because the content does not match up with the signature anymore. So a valid token cannot be created by somebody other than you, except when they get the hands-on your secret you use to hash the signature with.

In case your JWT secret gets hacked for some reason, you need to change it immediately. All already existing tokens from then on will be invalid. Which might be a little annoying for some logged-in users, but you can make sure that nobody can generate a valid token for your application.

How does a JWT workflow look like on a server? 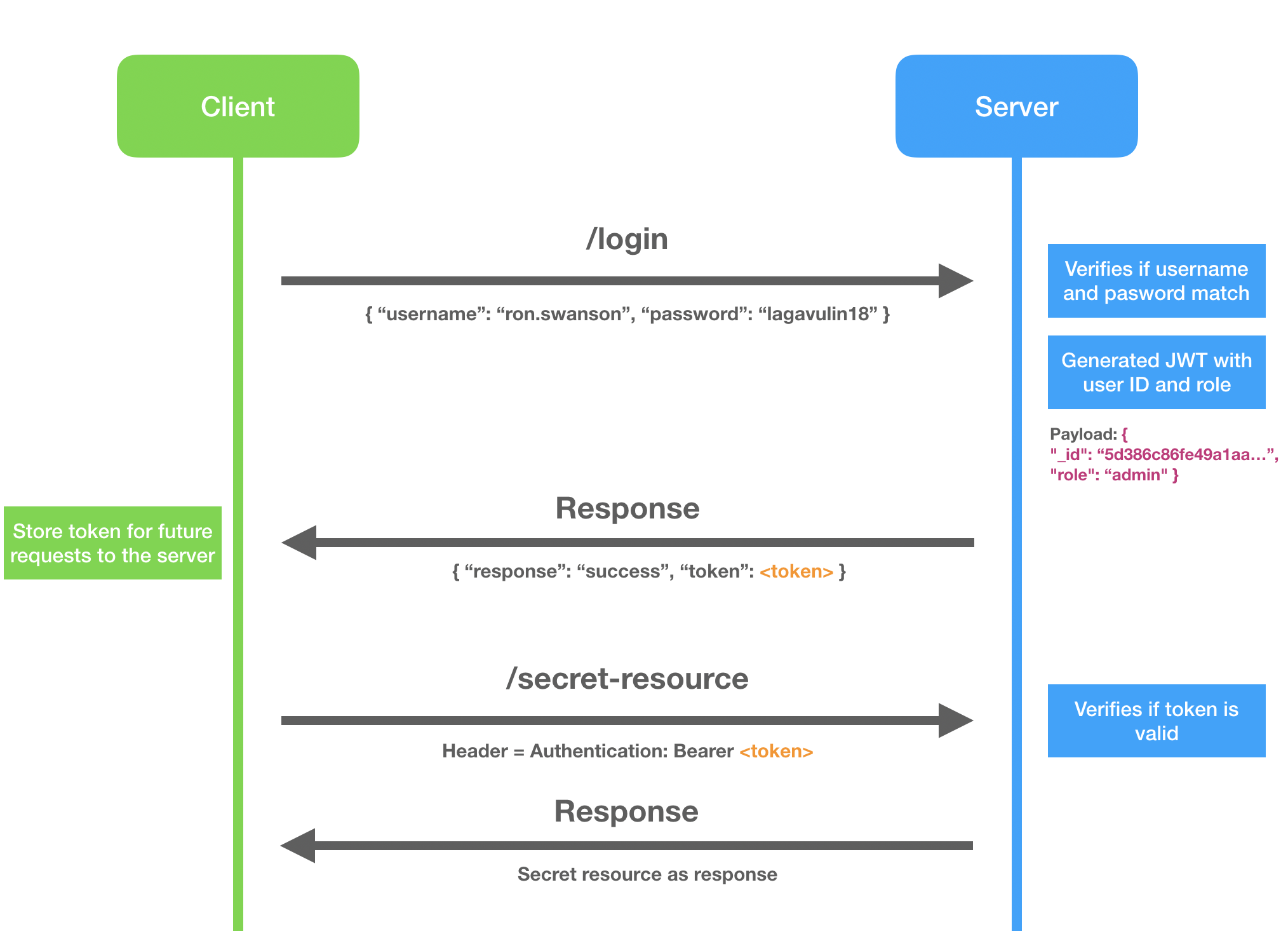 Now that we are a little familiar with JWT in general, let's take a look at an example how it would work with a client-server exchange.

JWT in a Node.js application

In this post, I'm not going into the details how web servers work in Node.js. But I'll show you how you can use JWT in a JavaScript server environment.

In order to work with JWT, you can use the handy jsonwebtoken library. Install it as such:

At the place in your code where you determine if the client has provided correct login credentials (probably just after you checked the database), you can create the JSON Web Token:

In a real example, it could look like this:

Your client should set the Authentication header as such: Bearer:

(req.header('Authorization') is the Express.js way to read the authorization header)

Then, you can verify the provided token as such:

That's it! As you see it's not that complicated to use JWT. The most important thing -and I can't stress this enough- is that JWT is NOT encrypting your data, therefore DON'T use it to exchange sensible information. JSON Web Token is an excellent technology to verify whether the information someone claims they have are actually authentic. Have fun coding!

6 Ways To Become A Faster Developer

There are several ways of becoming a faster developer. The most important one is practice, but there is more to it...